You can create your own private chat room and invite your friends to it. Click RIGHT HERE to start!

Capabilities that Only Predators Have for Managing Ecosystems

Marmots: Not The Social Butterflies That Prairie Dogs Are

Paganism to be included in 2021 Scottish Census

Column: Kits in the Tree

HKFP Lens: Hong Kong police round up hundreds of youngsters in protest crackdown

Explainer: How a new law may see Hongkongers jailed for 3 years for parodying the national anthem

Hong Kong security law: What is going on in Carrie Lam’s mind?

Two Years in Prison for Gay Sex in Turkmenistan

Just hoping coronavirus will bypass Africa, would be a deadly mistake: Bachelet

Your right to stand for forests is under attack — again

A tribute to Jon Castle

Quarantined Needleworkers Around the World Unite to Create Record-Breaking String of 79,000 Flags

The Reality of Virtual Meetings

Religious News From Around the Web May 4 2020

Pick a card for the Taurus New Moon

'The Union of the Gods Renews the World'

This is the letter L

We also have a different Chat Room that is multimedia oriented, and that's also open 24/7 as well

Which phase of the Moon is…

Have you ever had a spell g…

in need of help!

I want to understand my tru…

Could anybody help me?.

Random content: Should we keep Vassago or get rid of him?

Delete him so he can't spam the chat room. – 2 votes

Previous
Start slideshow Next
2 of 15

The ongoing collection of Crystals and/or Stones can be used for a variety of Spiritual purposes - Shamans integrate them with many levels of Healing - Healers utilise them in other extraordinary practices.

Placing them in a flow and/or gridding enhances the Aura Healing, and kicks starts the Energy wheels. 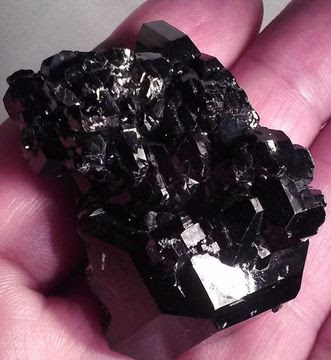 So quite the piece - this Stunning Black Tourmaline Cluster on Quartz…quite a rarity!.
Was gifted to me - and is used many times in the Healing actions. It is housed in a Silk bedded lidded box….to maintain the intricate formations integrity…

Normally it is a case of the Quartz having small inclusions of Tourmaline…but here it is the other way round - the collection of formations is bedded on a Quartz Drusy….small slivers of Quartz like pins driven in here and there!
The Crystals themselves are rich in vibrancy - echoes of the Tourmaline striations can be seen in the glass like prisms.

Tourmaline comes from the Sinhalese (Sri Lanka) word 'tura mali' which translates as the 'Stone of mixed colours', and it is said in Ancient legend that Tourmaline is found in all colours, because it traveled along a Rainbow, and gathered all the the Rainbow's colours.

Tourmaline [aka Schorl] is also a stone that would protect against Dark Magicke, and malevolent energy, advidly used by deep Eastern, and African Shamans - providing protection during Ritual work. Ancient Magicians relied upon Black Tourmaline, to protect them from Earth 'Demons' as they cast their spells, and even today this stone is still revered as a premier Talisman of Protection, a psychic shield deflecting and dispelling malevolent energies, entities, or destructive forces.

As one of the more powerful Shaman stones, it provides protection during Ritual work.
Tourmaline strengthens the sense of smell, and in that respect, can also enhance the perception of pheromones which produces an aphrodisiac effect.

It guards against radiation and environmental pollutants, and is highly useful in purifying and neutralizing One’s own disruptive/destructive thoughts; internal conflicts, and turning them into positive, usable energy.

It does however honour Manat, the Arabian Netjur, of Fate - Time, Destiny and Death (the unity of 3) and/or or Menata, which translates as "part, portion, & that which is allotted". Other Traditions equated her with the Divine Force Nemesis.

It is also recognized as a 'Teller' Stone, providing insight during times of struggle and 'telling' who and/or what is causing trouble - that is to say to point out a cause of trouble or an offender, and to indicate a good direction in which to move. .

It can be used for Scrying, and was traditionally used to point out a cause of trouble or an offender, and indicated a good direction in which to move.
In an aspect of Honour, this is added as an offering often presented in a Sacred Chalice/Goblet/Cup during either the Dark or White Moon Times.
The Chalice is filled with 'Singing Water' - that is water that runs from a brook or small stream - the Tourmaline is then fiercely rubbed - which provides an actual static charge, and is placed in a small pile of ash - upon which some becomes attached.
The Crystal is then dipped within the Chalice….and what aspires from that process reveals it's vitality.

Black Tourmaline, if highly charged, clears the Aura, and disperses disruptive energy - is also a powerful grounding stone, electrical in nature, providing a connection between Earth and the human Spirit.
Its supportive energy aligns the energy centers of the body, and channels healing light throughout the system, whilst at the same time promotes a sense of power and self-confidence, allowing for a clearer, more objective view of the world.

It is empowering to those who must live or work in challenging environments or when facing difficult circumstances.

Unite Zincite with Black Tourmaline to embed energy more deeply in the body - especially where/when Life is the Soul choice.
Black serves Scorpio - Love & Positivity, & Ophiuchus -Awakening & Leadership
It is the 6th Hour of Night, and influences Faith, Charity and Amitie (friendship, kind regards) - aids in visualization, especially when placed on the Spine as One faces down…

Touramaline comes in other colours -: Brown (Dravite); Black; Blue (Indicolite); Pink; a radiant Reddish version (Rubelite) also known as "Siberian Ruby"; Green (Verdilite); Honeyed-Yellow (Achroite); various Green & Gold versions..& finally Watermelon (Pink and Green)…a combination of any versiion will drain of excess Energy.…..each depicting similar values - BUT also standing above in their own rights with supportive Energies.
All Tourmaline is thought to Balance Yin/Yang Energies, as well as Left and Right hemispheres of the brain….transmuting energies for beneficial purposes..

- I have several pieces - my favourite is one with clear thick Pink Rods all running in the same direction.
Pink serves Libra - The Path as Ambassador of Peace
Pink spices up the Love/Heart, and aids with lowering inhibitions. 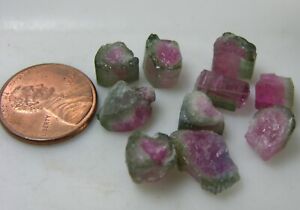 The Sea-Green version (Verdilite) of Tourmaline - the 'Stone of Compassion', is used in Ancient Eastern Indian culture, where the Tourmaline was used to provide direction toward that which was 'good'. Connects One to the ‘Cycles of Life’, its inherent connection with the Earth makes it a great aid for those who enjoy working with various aspects of Nature. It facilitates the study of Herbalism, enhances the application of Remedies, has the power to heal plants, and prepares for a Vibrational shift.
It is known to reflect light in a regular pattern, and activates fluoresce Yellow when exposed to focused beams. 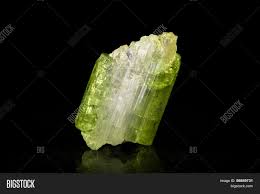 Green aids the Lungs - is used for Prosperity, and it encourages patience, an open mind, honesty and sincerity.
Combined with Amazonite, these two important Healing crystals aid Carpal Tunnel Syndrome, with the Verdilite stimulating the regeneration of the squashed nerve….and its formation contains the metallic Elements chromium and vanadium, creates a strongly detoxifying, anti-inflammatory, and regenerative effect.

Brown - Dravite, is rich in Magnesium, furthers the cleansing, and the detoxification of the connective tissue.
Not the prettiest, and is often overlooked for the more vibrant colours - but is still a VERY useful member to the Family..

There have been no comments yet